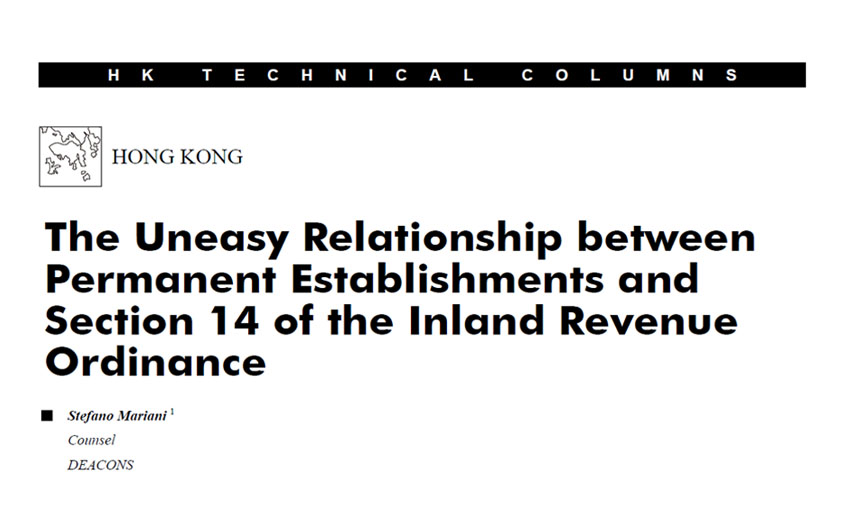 I have previously written in this journal that all tax was, at its origin, territorial and that even residence-based systems of taxation have not thereby ceased to be territorial, but rather have merely expanded the nexus of territoriality to focus on the attributes of the taxpayer itself – whether these be nationality, place of management, or place of principal seat and so forth – as opposed to being limited to the activities carried on by the taxpayer. The notion of a permanent establishment (“PE”) is an extension of the criterion of geographic nexus that lies at the foundation of all revenue law: a PE is the taxable presence of a person in a jurisdiction in which that person is not resident. In general, a PE is not a subsidiary or associated person of the nonresident enterprise;3 instead, it is comprised in the same legal person as the head office. For example, the Hong Kong branch of a bank incorporated and tax resident in France is not a legal person separate from the bank but rather is a Hong Kong PE of the French resident bank.4 In order for there to be a PE, the non-resident person must have some material physical presence hence, “establishment” that, in turn, has the characteristics of fixity in the sense of not merely being transitory hence, “permanent”.